MENUMENU
You are here: Home / News / Meet Dr. An Tang, Member of the CAR and Outgoing Chair of the Standing Committee on Artificial Intelligence

Splitting his time between clinical practice and research, Dr. An Tang has made an impressive mark in the field of radiology. His proudest research endeavour is his contribution to the development of the Liver Imaging Reporting and Data System (LI-RADS), a system for standardization of acquisition, interpretation, and reporting of liver cancer imaging. LI-RADS has been adopted by the American Association for Study of Liver Disease and is used daily in radiology departments around the world. Dr. Tang served as the inaugural chair of the CAR Artificial Intelligence (AI) Standing Committee from 2017-21. 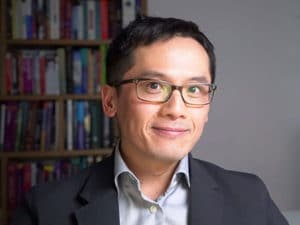 Dr. Tang was born in Hô Chi Minh City (Saigon), Vietnam and came to Canada with his family as political refugees in 1981. He grew up in Sherbrooke and Montreal and considers himself a French-Canadian Vietnamese of Chinese ancestry. He also considers himself extremely privileged to have benefited from a stellar education system. Through education and commitment to academic ideals, he pursued undergraduate and postgraduate education studies. His family valued advanced education and considered it among a person’s most important achievements. 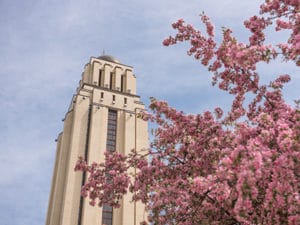 Currently Dr. Tang is a Full Professor of radiology at the Université de Montréal, practices abdominal radiology at the Centre hospitalier de l’Université de Montréal (CHUM) and is the Director of Abdominal Imaging Research at the CHUM Research Centre. He has had uninterrupted CIHR research funding dating back to 2012. His research interests include imaging biomarkers of chronic liver disease and detection of liver cancer using AI techniques. He is a member of the LI-RADS Steering Committee and current co-Chair of its International Working Group. He has 133 publications, over 5,200 citations, and an h-index of 40.

The visual aspect of radiology initially appealed to Dr. Tang and he found himself gravitating toward this field that sits at the intersection of physics, engineering, and medicine.

“Nearly all great cases in a hospital transit through a radiology department.”

Over the last two decades he has observed a quantitative revolution that ultimately shifted the practice of radiology from an emphasis on deciphering x-rays toward measuring densities and fat fraction as CT and MRI modalities became more prevalent.

Over the years, Dr. Tang has had many mentors. Since his first day of residency, he has worked with Dr. Gilles Soulez, Vice-President of CAR’s Board of Directors.

“Dr. Soulez helped to groom me on my path and motivated me to pursue a Master’s degree. Dr. Soulez has always been so generous and inclusive with trainees.”

During Dr. Tang’s time as Chair of the CAR AI Standing Committee, initially conceived as a Working Group, he helped to establish the committee’s mandate and spearheaded working groups on ethical and legal considerations, education, technology and apps, research and development. He hopes that physicians and patients will come to embrace AI, although he observes some reticence and a lack of nuance around its role. It is important to differentiate between automation of a task versus replacement of an entire job or field.

“We will continue to need a pilot in the airplane, although some tasks may be automated.”

The CAR is extremely grateful to Dr. Tang for his immense contributions to the AI Standing Committee and to the field of AI in radiology.